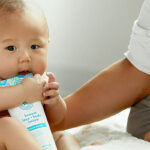 For NC State staffer George Hibbler, the four weeks of paid time off he received to spend with his infant daughter were momentous. During that four-week period, which started in January, George was on full-time daddy duty while his wife, Martha, whose maternity leave had ended, worked from home. As a result, George and his END_OF_DOCUMENT_TOKEN_TO_BE_REPLACED

When NC State’s Council on the Status of Women started its effort to get a paid parental leave policy implemented, the task seemed insurmountable, one of its members said. “It seemed like there were so many mountains in front of us to overcome,” said Lisa LaBarbera-Mascote, an ex officio council member and director of the END_OF_DOCUMENT_TOKEN_TO_BE_REPLACED