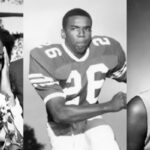 Every February, NC State proudly celebrates African Americans for their immense contributions — especially those who have contributed to the university’s history. You can read about African Americans who have played a vital role at NC State by following an extensive timeline on the NC State University Libraries website. Below we profile two of the END_OF_DOCUMENT_TOKEN_TO_BE_REPLACED 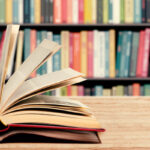 The North Carolina African American Heritage Commission is celebrating Black authors from North Carolina during its annual Black History Month Read-In. The commission is featuring the authors on its YouTube channel. The videos include an interview with the authors and an excerpt from one of their books. To see the authors interviewed so far, visit END_OF_DOCUMENT_TOKEN_TO_BE_REPLACED 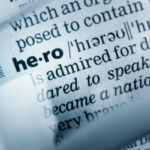 This month is all about celebrating Black heroes. The lives and contributions of many of those heroes — U.S. Rep. John Lewis, journalist Ida B. Wells, astronaut Mae Jemison and civil rights leader Medgar Evers — are chronicled in books and movies. We also celebrate another group of Black heroes each February. Many of those END_OF_DOCUMENT_TOKEN_TO_BE_REPLACED 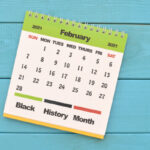 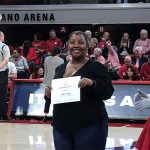 Leah Young is a dedicated advocate for black students at NC State University. She advises them, encourages them and listens to their hopes, dreams and concerns. When Toni Thorpe worked at NC State, she passionately supported black students, too. For those reasons and others, Young and Thorpe were selected to be honored this month as END_OF_DOCUMENT_TOKEN_TO_BE_REPLACED