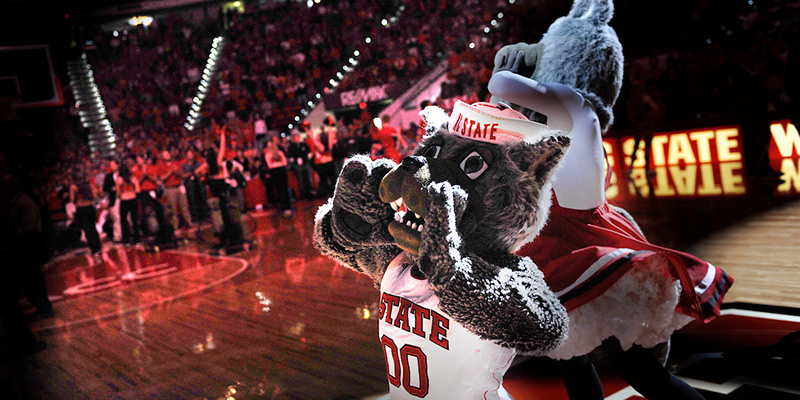 It might be summertime, but basketball season is right around the corner. The NC State men’s and women’s basketball teams are excited to welcome fans back to the court as they kick off the 2021-22 season this fall.

Women’s basketball is coming off back-to-back ACC championship titles. NC State finished its 2020-21 season with a No. 7 ranking in the final USA Today Coaches Poll, the second-highest ranking in program history. The Wolfpack concluded its season with a 22-3 record and reached the NCAA Tournament Sweet 16 for the third season in a row. NC State defended its ACC Tournament title to win two consecutive crowns for the first time ever, on the way to earning the program’s first-ever No. 1 seed in the NCAA Tournament.

The Pack spent every week of the 2020-21 season in the top 10 of the coaches poll, including three straight weeks at No. 2 — only the second time the program has achieved that feat. NC State is set to return its entire starting rotation from last season, including all five All-ACC honorees and two-time All-American Elissa Cunane. The Wolfpack also welcomes the addition of two star transfers in Madison Hayes and Diamond Johnson, who join the incoming 2021 freshman class.

Women’s basketball will be a hot ticket this year, but faculty and staff can purchase season tickets starting as low as $55 per seat.

Men’s basketball will be back in action this fall after another postseason appearance in 2020-21. PNC Arena will host a number of big matchups this season, including conference games with the University of North Carolina at Chapel Hill, Florida State and Virginia, as well as a first time meeting with Nebraska during the Big 10/ACC Challenge.

Men’s basketball offers a number of ticket plans at PNC Arena. Season tickets start as low as $254 per seat, with faculty and staff discounts available at several price levels.

How To Buy Tickets and Get Other Benefits

The priority deadline is Aug. 1, and a monthly payment plan option is available, with earlier purchases having the advantage of spreading the purchase price across more installments. Season ticket orders requested after the Aug. 1 deadline will be fulfilled on a first-come, first-serve basis.

The ticket office will make single-game tickets and other ticket packages available in the fall.

For additional information and questions about Wolfpack basketball season tickets and admission to athletic events in general, contact the ticket office at 919-865-1510 during regular office hours or send an email to ticketoffice@ncsu.edu.