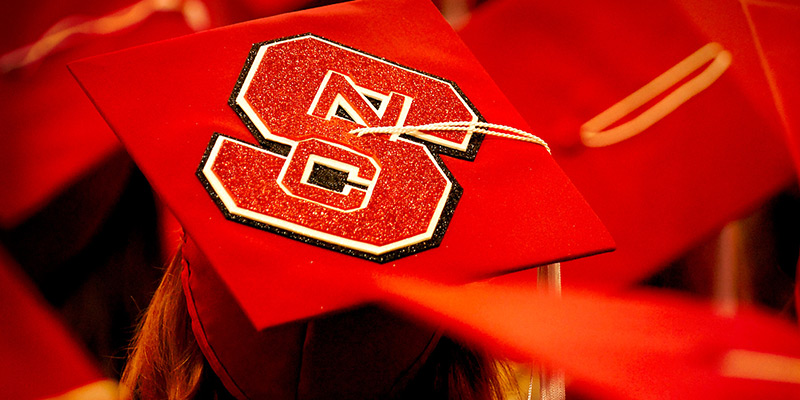 Despite sweeping changes to the academic learning experience that resulted from the COVID-19 pandemic, the class of 2021 has persevered. The NC State community will celebrate those students for achieving their academic goal — earning a degree — despite the challenges they have faced the past year. The university’s newest graduates will be honored during in-person commencement ceremonies planned for May 14 and 15 at Carter-Finley Stadium. Some of those students are NC State employees who have endured not only a challenging academic experience but also unprecedented changes at work. Below, you will read about a few of those employees. You’ll learn what has motivated them to stay the course and complete their degrees. 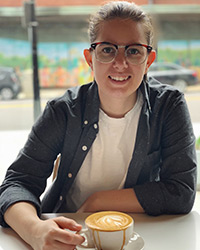 While Paige Johnson was working toward her bachelor’s degree in criminal justice at the University of North Carolina at Charlotte, she fell in love with the experience of working at the university’s student union. She loved it so much that rather than pursuing a career in criminal justice after finishing her degree, Johnson sought jobs in higher education and landed a job at NC State in 2014. Her goal now is to one day be the director of a student union, and she’ll be a step closer to that goal next month when she receives her Master of Education degree in higher education administration. Johnson wants to nurture students the same way the administrators she met as an undergrad nurtured her. “The bosses that I had invested in me, wanted to get to know me personally and see me thrive,” Johnson said. “They just kind of did it all and really had an interest in me. I just thought, ‘Wow, that would be something that I would want to do for students.”

When Holly Kelly decided to pursue a bachelor’s degree, she just wanted to prove to herself she could do it. Accomplishing that goal was not easy, however, and there were times when she said to herself: “Oh, heck no, I’m done with it.” But Kelly didn’t give up and will earn a Bachelor of Arts in leadership in the public sector in May. “It means something to me to not only have that on my resume but to show as people get older, you don’t put them on a shelf. You can do things, you can innovate, and you can re-create yourself. So for me, it was personal.” In June, Kelly will celebrate 17 years in the Office of Scholarships and Financial Aid. She worked her way up from front desk receptionist to her current roles as lead applications coordinator and student associates supervisor, but she hasn’t been able to pursue other career opportunities because she didn’t have a college degree. At the moment, Kelly isn’t worried about how her degree will benefit her career-wise; she’ll worry about that later. For now she just wants to take some time off and celebrate her accomplishment with her family. “It’s really cool when your 20-something-year-old kids are proud of you and say, ‘Hey Mom, that’s special.'” 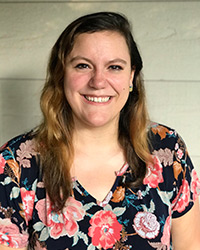 Sarah Stokely works at the Academic Success Center in D.H. Hill Jr. Library, where she oversees two academic support programs and teaches a section of a tutor training course. When she was an undergraduate student at NC State, Stokely worked as a tutor at ASC, helping to support students in math and chemistry courses. Through that position, she became interested in learning more about how students learn and become successful in their college classes. That is one reason why Stokely decided to pursue a master’s degree in mathematics education. She has been able to apply what she has learned about learning styles, educational preferences and teaching strategies to the training and staff meetings she facilitates. “These strategies have a direct impact on the sessions that the tutors and supplemental instruction leaders have with students,” she said. To celebrate completing the program, Stokely plans to participate in the May 15 in-person graduation ceremony. “It’s a big milestone for me, and I think being able to celebrate in person, even though it will look different, is a reminder to celebrate resilience and perseverance — not just the resilience I’ve demonstrated, but also the strength and determination that the university has displayed as a whole.”

4 Ways the Pack Can Give Back