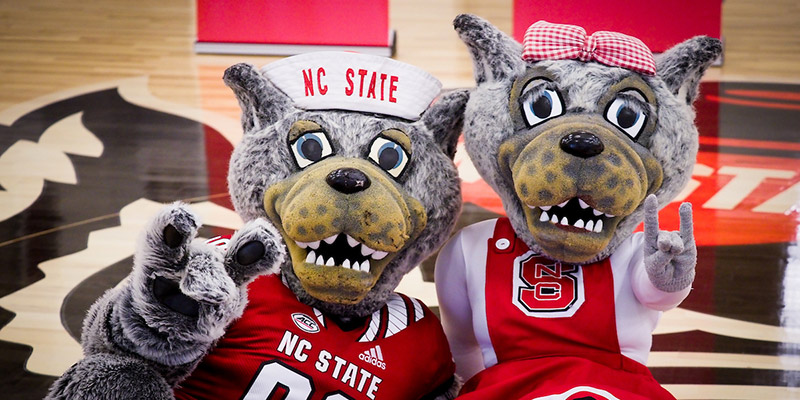 When staff member Meghan Metcalfe received an email last year that invited her to come up with a new name for NC State’s recognition and appreciation program, she thought about the challenges the university has faced as a result of the COVID-19 pandemic and its response to those challenges.

“As a Pack, we’ve worked together to solve problems and overcome obstacles, and we’ve been creative in our thinking and inclusive in our endeavors,” said Metcalfe, a human resources specialist in the College of Engineering. “We’ve gone above and beyond, and it has taken each of us to make sure that NC State continues to be a great success. It just stuck out to me that we are truly extraordinary.”

After an afternoon of pondering what to submit, Metcalfe submitted her entry: Extraordinary Pack. 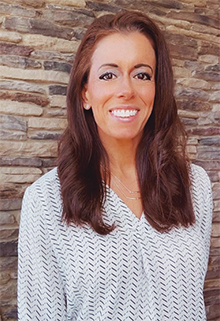 In November, a work group tasked with refreshing NC State’s recognition and appreciation program selected Metcalfe’s idea as the new name for the program. The work group decided to make the program’s official name Our Extraordinary Pack.

“I put a lot of thought into everything I do,” Metcalfe said. “Nothing ever comes to me easily, and if it does, I overthink it. For this, I did put some thought into it, and I kept circling back to ‘extraordinary.’

“I was actually surprised when I found out that the name that I submitted was chosen. I was very excited to hear that it was.”

Ellen Coster, who works in Continuous Improvement in UHR, led the team that made the enhancements to the programs. She said the response to the enhancements has been overwhelmingly positive.

“We’ve gotten feedback from people who really like the website and have mentioned how easy it is to navigate,” Coster, an HR consultant, said. “The team did a great job.”

“I love that NC State makes an effort to recognize employees,” she said. “We need recognition. I know I do a better job when someone recognizes me or compliments me. That validation is so needed and so important.”

She said that is why she thinks the PAWS and Say Thanks program will be widely used. The program allows employees to send thank-you notes to colleagues for doing a good job.

“I really do think that it will motivate people,” Metcalfe said. “It’s also going to brighten a lot of days. I’m really glad that we’re doing it.”

Metcalfe said she was having a tough day when she received the email that let her know the recognition and appreciation program at NC State would be called Our Extraordinary Pack. She was feeling stressed out that day as she juggled her work responsibilities from home and helped her children — ages 10 to 18 — who are attending school virtually. Metcalfe said the email lifted her spirits, and she sent it to her mother, husband and some friends.

“My mom immediately called me after that, and you would have thought that I had won an Oscar or something,” Metcalfe said. “I was so excited. I needed that news. Leave it to the Pack to come through when I’m not feeling my best and pull me out of it. That definitely was good timing.”

If you would like to send a PAWS and Say Thanks card to a colleague, visit the program’s webpage and follow the instructions. The recipient will receive an e-card. Physical cards also are available to send. Go to the webpage to learn more information about those cards.

Send Us Your Holiday Traditions and Recipes