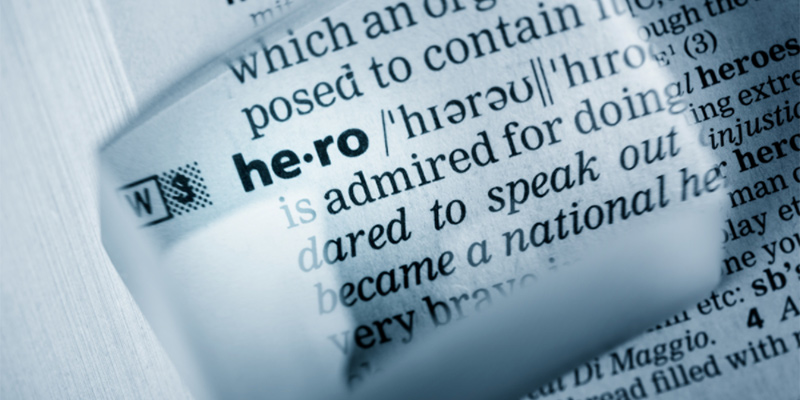 This month is all about celebrating Black heroes.

The lives and contributions of many of those heroes — U.S. Rep. John Lewis, journalist Ida B. Wells, astronaut Mae Jemison and civil rights leader Medgar Evers — are chronicled in books and movies.

We also celebrate another group of Black heroes each February. Many of those heroes aren’t celebrated in Oscar-winning movies and PBS documentaries. Those heroes are the teachers, mentors and coaches with whom we cultivate personal bonds and who leave an indelible imprint on our lives.

In recognition of Black History Month, some team members in University Human Resources wrote tributes to Black heroes. Below are the heroes who have inspired them:

Twenty-one years ago, Cheryl Coates took a chance on a 19-year-old girl without much work experience and hired her into a payroll/HR position at the University of Maryland. That girl was me. Cheryl was patient and firm with me as she guided me in what would become my career. Cheryl taught me how to be confident, strong and persevere in my professional and personal life. Cheryl was a true role model for me and many others within our division as she was a strong and charismatic Black woman in a leadership role. Her impact on my life is everlasting, and although she is no longer with us here on earth, she continues to live in my heart.
Denise Jimenez
HRIM Specialist 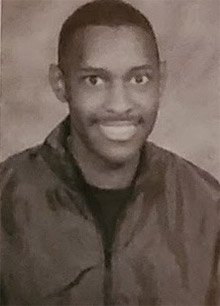 Larry Leslie, my eighth grade basketball coach, was a huge influence on me at a critical time in my life. My family moved to North Carolina just before my eighth grade year, so I was a new kid in school. Growing up playing basketball, I tried out for the school team with dozens of other kids, and thankfully, Mr. Leslie chose me as one of the 12 players for the team. Mr. Leslie always recognized the talents of each player and put us each in a position to be successful. I was not the best player on the team, but Mr. Leslie always pointed out how I helped the team and made me proud of what I contributed. I played on many basketball teams during my youth, but I never felt as important to a team as when I played for Mr. Leslie.
David Perryman
Director of Talent Acquisition and Employment

I feel so blessed that my life journey and character have been shaped both directly and indirectly by numerous people. One person who had an immense impact on my life was not famous or rich and did not have a college education: my Caribbean grandfather Simeon Nisbett, who was known as Captain T among his friends. My grandfather was a well-known fisherman who despite humble beginnings had the most positive, infectious outlook on life. As a child, I regularly visited my grandfather, and we would sit together, laughing and sharing stories, as he rocked in his favorite rocking chair drinking a cup of English coffee.

My grandfather is no longer alive, but he was an instrumental force in my life, and he shaped the essence of who I am today. He had so much joie de vivre, and from him, I always felt loved and supported. He was a courageous man, never deterred by life’s challenges, and was always encouraged by the beauty life brings even in the darkest of places. I actually think I got my big smile from him. Therefore, during Black History Month, I celebrate you, Grandpa, for your simple yet powerful demonstrations of love, gratefulness and joy.
Marie Williams
Associate Vice Chancellor for Human Resources 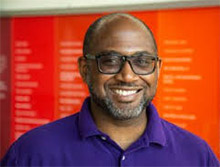 Braska Williams Jr., a graduate of NC State in 1989, has been an inspiration to me and many others. We became good friends during our mutual employment at the Friday Institute in the College of Education. His kindness and jovial attitude made work that much more enjoyable. Mr. Williams has seen NC State and the state of North Carolina transform over the years. He is incredibly kind and has used his expertise in education to reach underserved communities in the area, leading to incredible results. Mr. Williams is the epitome of NC State’s Think and Do mentality and continues to serve the people of North Carolina with excellence.
William Leggett
Onboarding Specialist

Ursula Hairston, assistant vice chancellor for HR strategy, is someone to be celebrated during a month that highlights diversity and inclusion. As I have had the opportunity to work with Ursula in her different roles at NC State, I have learned so much about how a person can make change by living a principle. Ursula incorporates inclusiveness into everything she does without making it appear to be intentional, which is truly living by example. I admire Ursula’s knowledge and team approach to navigating situations, particularly those that are confrontational. In those situations, she carefully listens to and ponders everyone’s thoughts, then delivers well-thought-out responses that often lead to collaborative and positive solutions.

I am truly thankful that Ursula joined UHR (I always hoped that would come to pass), and I continue to appreciate and learn from her leadership.
Julie Ricker
Senior Classification and Compensation Consultant 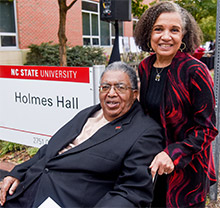 I worked for Irwin Holmes, the first Black student to earn an undergraduate degree at NC State, and his distinguished wife, Meredythe, from 1999-2000 at their company, Monarch Services, which is formerly the largest Black-owned business in Durham. My roles were corporate office manager and IBM training specialist. Meredythe remains my all-time most revered female executive. She and Irwin championed professional development for their employees from the time of their hiring to the end of their employment. They taught their employees the “Platinum Rule: Treat people as they need to be treated.”
Elizabeth Pace
HR Specialist 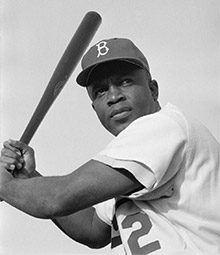 I am passionate about baseball. While I can watch any game from my 14-year-old son’s teams to MLB and all levels in between (minor league is my favorite), it is the game and not necessarily the players that I get excited about (except for my son, ha). But one player in history stands head and shoulders above the rest to me, and that is Jackie Robinson. His passion for the game and his determination to play in the racially divisive climate that existed in the ’40s and ’50s still inspire me. Not only was he a talented athlete setting multiple records in his baseball career (he also played football and basketball at UCLA), but the way he lived his life serves as a timeless example to others. He was a proud lieutenant in the U.S. Army and became the first African American vice president at a major U.S. corporation: Chock Full O’ Nuts. Jackie Robinson shattered barriers with dignity and conducted his life in a manner that I view with awe and respect. His legacy reminds me that when someone says, “‘you can’t,’” it reflects their limitations, not yours.
Angela Nicholson
Onboarding Specialist

Irwin Holmes is someone who inspires me. As the first Black undergraduate student to receive a degree from NC State in 1960, he was instrumental in integrating the student body at a key time for civil rights in America. As a member of the track and tennis teams, he holds the distinction of being among the first Black athletes in the ACC, first Black varsity letter winner and first Black co-captain of a varsity team. After graduation, he went on to use his engineering degree to help develop the first-ever color television and work on computing projects that helped put a man in space and engineer the beginning of the internet. Holmes Hall on campus is named in his honor to celebrate his rich legacy.
Carey Morgan
Talent Acquisition Consultant 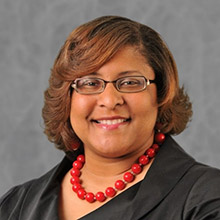 I believe those that our local communities, places of worship and even professional colleagues can have the greatest impact on our lives. Over the last year, Nikki Price, assistant dean for culture, talent and human resources in the College of Sciences, has personally impacted me through mentorship. Having served NC State in various roles over the last 20 years, Nikki has an invaluable amount of knowledge, wisdom and ability. However, her most valuable trait is her willingness to help others. She is a certified Gallup-Clifton strengths coach and has mentored me professionally and personally as a fellow woman of color. I hope to learn from her for years to come and consider myself blessed to have found such a mentor.
Emma Dorval
Talent Acquisition Specialist

Dudley E. Flood, Ed.D., is a former educator and administrator at the North Carolina Department of Public Instruction who was instrumental in desegregating North Carolina’s schools. Dr. Flood joined NCDPI in 1969 as a desegregation specialist and worked there for more than 20 years to create a state where students could learn. He served as a liaison between federal and local education officials and moderated community discussions around desegregation. He continues to be a champion for educational equity today. Dr. Flood has impacted the community around him as well as others throughout the nation, including teachers, students, administrators and even his fraternity brothers locally and internationally. Dr. Flood was honored with the Friday Medal from the Friday Institute for Educational Innovation in November 2020. This award is given annually to distinguished individuals who embody the mission and spirit of the Friday Institute.
Gareth Washington
Director of Benefits, Employee Wellness and Work-Life

Recognizing the Contributions of African Americans to NC State