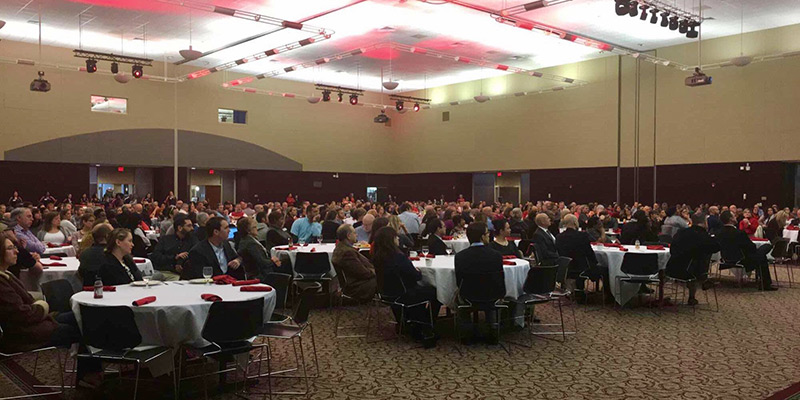 Retired NC State University employee Lillie Kirby will be honored next month for 50 years of state service — a milestone not many workers at the university achieve.

Kirby began her career as a state employee in 1968 in the Johnston County Public Schools system, where she worked for nine years. In 1977, she took a job at NC State, where she remained employed (except for one year) until she retired last year.

“I hoped I helped someone while I was working there,” said Kirby, a former business services coordinator in the School of Public and International Affairs. “I feel like I did.”

The Service Awards Program honors NC State staff members for their service to the state of North Carolina in five-year increments. The honorees are invited to a breakfast.

This year the university will pay homage to 844 employees during two breakfast events — one on Jan. 29 and another on Feb. 3 — in the State Ballroom at Talley Student Union. Chancellor Randy Woodson will serve as the keynote speaker at the events, both of which will begin at 8:30 a.m.

In November, NC State honored 76 staff members who had accrued 25 years of state service. They were invited to a breakfast at the chancellor’s residence and given a commemorative brick.

“NC State is grateful for the opportunity to recognize employees for achieving major milestones in service,” said Britt Hurst, manager of NC State’s Employee Recognition and Wellness Program. “We are thankful for their commitment to NC State and the outstanding work they do for the university.”

She said the chancellor cracked a joke when she was called to be recognized. “He said, ‘45 years?'” Kirby said. “He said, ‘When did you start? When you were six?'”

When Kirby came to work at NC State, she landed a job in the bookstore. After she left the bookstore, the rest of her time at the university was spent working in academic departments. Her longest tenure was in the School of Public and International Affairs, where she worked for 30 years.

Kirby said one of the reasons she stayed at NC State so long was because she loved opportunities to interact with students.

“Sometimes students would come into the office ready to give up,” she said. “I would say, ‘Oh, no, girl. You have put in too much work. It’s going to be all right. Keep going.'”

Kirby said those talks with students made her feel like someone who made a difference.

All of Outen’s years of state service have been as an NC State employee. Outen spent six years at the NC State Extension office in Rowan County before transferring to the extension office in Cabarrus County, where she continues to work.

“It’s hard to believe that it has been 45 years,” said Outen, an extension agent who works in Family and Consumer Sciences. “It seems like just yesterday I started. The thing I like about NC State Extension is there are always new challenges.”

Outen is planning to attend the awards breakfast for the first time. After 45 years of state service, Outen said this year’s breakfast is too important to miss.

“I just think it’s an honor to be asked,” she said.