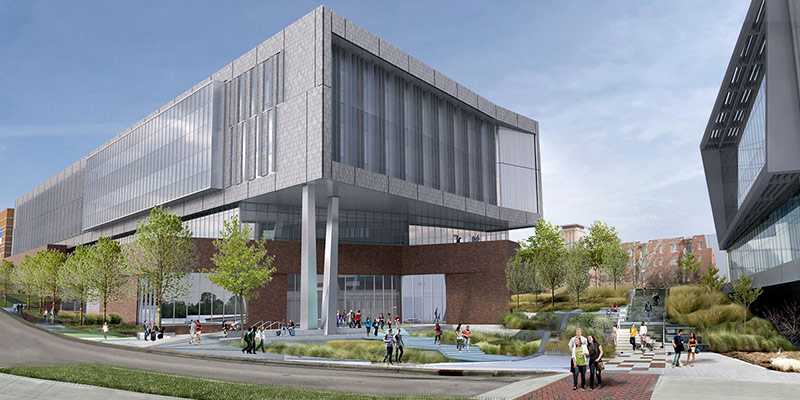 At NC State University, we have a lot to look forward to in 2020, from campus growth to fun events. Here is a list of things to watch for:

NC State’s second Day of Giving is set for March 25. Day of Giving is a 24-hour fundraising effort that unites the university community and ignites our competitive spirit through fun and unique challenge matches.

The Kay Yow Spring Game is an intrasquad scrimmage that gives fans an early look at the Wolfpack football team. The event includes a recognition of cancer survivors and their families. The game is named in honor of Kay Yow, a former NC State women’s basketball coach who died in 2009 after fighting a heroic battle with cancer. The game takes place every spring.

The fifth annual ACC InVenture Prize is a competition that features undergraduate students who attend universities in the Atlantic Coast Conference. The students pitch their inventions and business ideas before an audience and a panel of judges. The competition is set for April 15.

NC State will host the Science Olympiad 2020 National Tournament on May 13-16. Students will compete against each other in science-related events. The Science Olympiad program seeks to build interest in science, technology, engineering and mathematics among K-12 students.

Fitts-Woolard Hall, the 250,000-square-foot engineering building under construction on Centennial Campus, is scheduled to be completed in June. The $150 million building will contain classrooms and cutting-edge laboratories. The building is named after NC State alumni Edward Fitts Jr. and Edgar Woolard Jr. Their $25 million gift is the largest given for a campus building naming in NC State’s history.

Packapalooza is NC State’s annual street festival on Hillsborough Street, featuring food, entertainment, games and athletes signing autographs. The festival is the highlight of Wolfpack Welcome Week, which marks the start of the academic year.

You can get a firsthand look at the construction of NC State’s 82,823-square-foot Wellness and Recreation Center. Tours of the $45 million center will take place between Jan. 24 and May 15. If you would like to go on a tour, register here. The facility, which is set to open in October 2020, will include a rock wall, a 12,000-square-foot fitness center, a wellness space and a teaching kitchen.

The Academic Success Center that is under construction at D.H. Hill Jr. Library is set to open in the fall. The center will make the library a one-stop hub for learning, teaching, research, collaboration and experimentation. Click here for more information about the project.

NC State is developing a new strategic plan. Nine task forces will meet throughout the spring semester to gather input from campus and external stakeholders. Faculty and staff will have the opportunity to attend task force meetings and submit ideas to the task forces online.