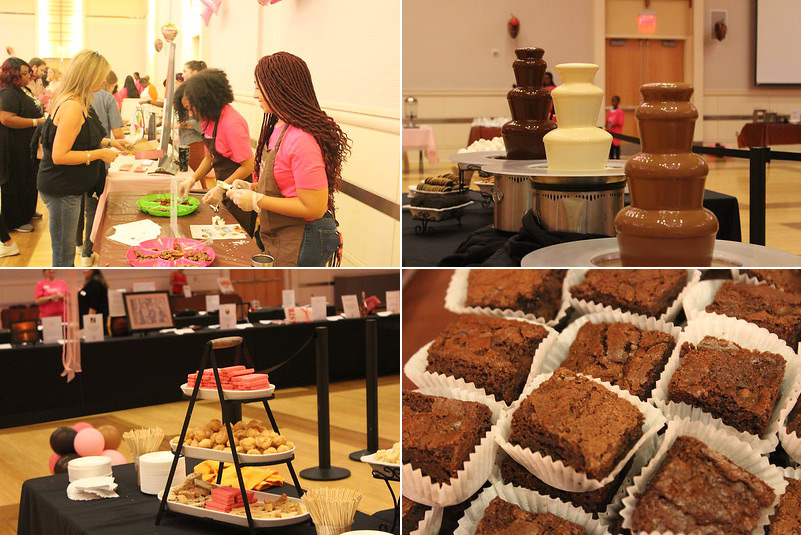 Since 2003, the Women’s Center at NC State has hosted a fundraiser that helps with the fight against breast cancer.

Here are five things to know about the festival:

The festival is the brainchild of Laci Weeden, former assistant director of the Women’s Center. Weeden’s inspiration for the festival was Jenny Chang, a former NC State student body president. Chang was 24 years old when she was diagnosed with breast cancer and 28 when it took her life.

Since the festival began, it has raised more than $30,000 for breast cancer research. The festival started as a benefactor for the Susan G. Komen Breast Cancer Foundation.

This year’s festival, which was held Sept. 20, raised roughly $10,000 that will be split between the Women’s Center and the Kay Yow Cancer Fund. The festival included a silent auction.

The 1,282 tickets sold for this year’s festival was the highest number of tickets sold in the last eight years.

Seventeen chocolate vendors participated in the 2019 festival. One of the vendors was NC State alumna Amanda Bostian, the owner of Rocky Mountain Chocolate Factory in Cary. Each year the festival features an assortment of chocolate goodies, like chocolate-covered bacon and chocolate-covered popcorn, for attendees to buy and sample.