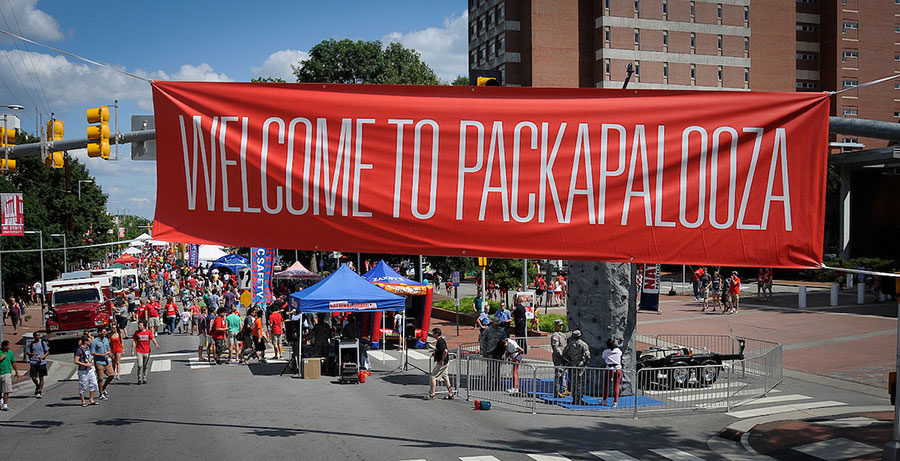 Everyone in Alicia Lecceardone’s family is an NC State fan, but the biggest is her 5-year-old son, Jack.

Jack loves to attend NC State athletics events. He covered a red wall in his room with NC State posters. He enjoys eating at Talley Student Union, where he sometimes gets ice cream and pizza when he does well at school.

But Jack’s favorite thing about NC State might be Packapalooza.

“He calls Packapalooza ‘the NC State party,'” said Lecceardone, a 16-year NC State employee and the human resources officer at the Wilson College of Textiles. “Once we went, there wasn’t really a choice. We have to go to the NC State party every year.”

The festival is the highlight of Wolfpack Welcome Week, which marks the start of the academic year.

“I see it definitely as an event for the whole community,” said Beth Buck, assistant vice chancellor for human resources in the Division of Academic and Student Affairs. “That’s what is great about it. I actually went for the first time last year. I was like, ‘Gosh, I should have been coming to this before.'”

Packapalooza has turned into a must-go-to event for students returning to school and those attending NC State for the first time. Many employees put it on their things-to-do list, too.

Ryan Lawrence, building superintendent for the McKimmon Center for Extension and Continuing Education, attended Packapalooza with his family in 2016 and 2018.

“It met my expectations as being an event that the whole family would have fun at and that seemed to join the university with the Raleigh community,” Lawrence said.

Lecceardone and her husband, Pete Fraccaroli, have made a family tradition of attending the festival with their children, Jack and 3-year-old Katherine. They first attended in 2014 and have each year since.

The festival is a family favorite for many reasons. Lecceardone said she enjoys the night-ending concert the most. She said her son’s favorite thing is getting autographed posters from NC State athletes.

“Some employees probably do see it as a student event or a student party, but I like to think about it as really celebrating NC State,” Lecceardone said. 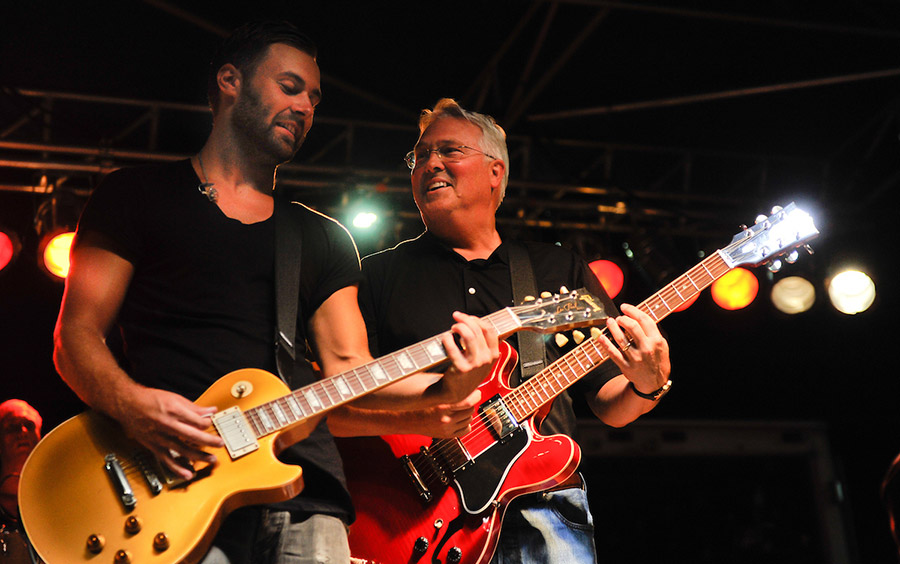 Buck said when she attended Packapalooza last year, she used it to spend time with her daughter, Hannah Buck, who will be a freshman at NC State when classes start Wednesday.

At the time, Hannah Buck was trying to narrow her choices for college.

“She is coming in as an engineering major, so obviously, academics are really important,” Beth Buck said. “But I think that also it kind of clicked for her that college is going to be fun, too. I think she knew it, but this is a really cool thing that NC State does. Experiencing that event, it was definitely a point in NC State’s favor.”

Buck, who has worked at NC State for seven years, said the reason she had not attended Packapalooza before was because she thought of it as a student event. She said she doesn’t see it that way anymore and would encourage other employees to attend.

“It definitely has that kind of cool festival atmosphere, and there is a lot of stuff to do,” she said.

A Look Ahead: What’s Happening at NC State